A Deeper Dive Into DNOs And Global Grid Operators 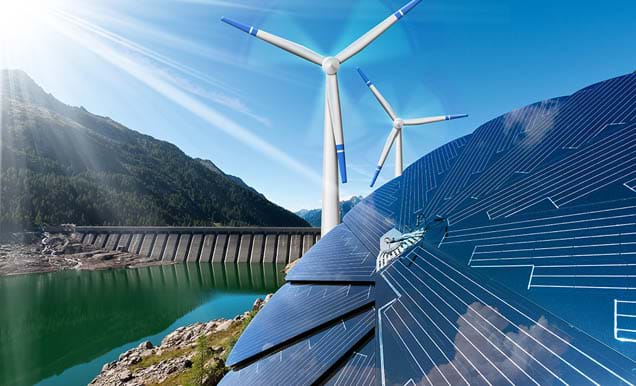 Our article on ‘The nationwide Energy Mix transmitted by UK DNOs’ covered the main energy indicators on a website called Gridwatch but that doesn’t tell the whole story of power generation.  Let’s look at the additional power resources used to supply electricity to the UK.

Keep in mind that this additional list is not exclusive to the UK - many countries around the world use these in varying degrees, and when assessing the choice of power generation project the available natural resources and environmental status will be a key driver in a resolve to drive down CO2 emissions.

Tidal/Marine/Hydro: Energy is created harnessing the movement of waves to push turbines and therefore create electricity. Due to the gravitational rotation of the Earth and moon Hydropower is a more predictable source of energy than wind or solar. Although the construction of tidal power plants is expensive technology is improving making processes more efficient and therefore cheaper.

With tidal power operating during a limited timeframe battery storage would be the answer to contain and distribute the power in line with energy demands on the grid.

South Korea boasts the largest tidal power station in the world with an astounding 254MW capacity, France follows second with 214MW and the United Kingdom in third with 22MW with eight smaller site supporting tidal power.

Pumped: Pumped storage hydropower (PSH) is a type of energy storage though not to be confused with battery storage and are also used to help balance the grid. PSH requires water being pumped up from a lower reservoir to a higher one where it can then be converted to hydroelectricity via a turbine generator.

The Dinorwig Hydro Power Station (also known as Electric Mountain) is the largest in the UK which can reach a capacity of 1.728 GW in under 16 seconds from standby.

Solar: Harnessing energy from the sun is now common practice in generating electricity. Contributing power to the grid via solar farms (also known as solar parks), the PV panels either use the energy by capturing light or heat and transform into electricity (note: you do not need it to be a sunny day to generate solar power – you just don’t want it to be cloudy and overcast). Beyond main grid generation, solar is used in domestic life where incentives from governments have seen homes use them to generate energy for direct consumption and feed excess back into the grid.

2020 saw the world's installation of solar accounting for around 740GW of the renewable mix.

Coal: For many years coal has been seen as a reliable and vital source of energy throughout the world. The issue therein is that coal powered energy is also the greatest generator of CO2 emissions which are damaging the earth. Therefore, globally countries have searched for alternate, ‘cleaner’ and renewable sources of energy in a race to make it to net-zero as soon as possible.

The United Kingdom is an example of this switch: in 2019 coal produced electrical energy represented under 5% of the total consumption which was a 90% drop from 5 years previously.

OCGT: An open-cycle gas turbine is the other type of gas-fired power plant to CCGT referenced in our earlier article. OCGT plants consist of a single compressor that passes air through a compressor and onto a gas turbine that is connected to an electricity generator.

Efficiency in gas-fired plants are improving across the board and so OCGT is expected to reach 45% and the choice in operation is based on the required demand such as peaking, cost, environmental demand or speed of response to reach capacity.

Interconnectors: Interconnector cables are used to transfer electricity to neighbouring countries – meaning a larger scale collaboration on power generation to use cleaner electricity. Of course, it requires a remarkable level of scientific and engineering expertise, with cables needing to withstand all kinds of environmental challenges including extreme heat and deep seas.

The UK expects to have 6 connectors with Europe by 2024 - two with France, as well as The Netherlands, Belgium, Norway and Denmark. These will facilitate the ability to supply 25% of increasing electrical demand.

As Europe becomes more focussed towards net-zero by reducing carbon emissions interconnector cables will play an even greater role as they allow excess renewable power from wind farms, hydro power plants and PV farms to be shared between countries and saving millions to end users.

For more information on how Eland Cables is working with DNOs and grid operators across the globe on power generation and distribution projects, please contact the team.