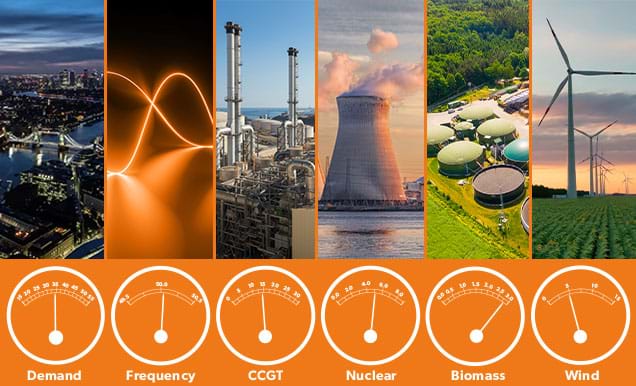 As we embrace innovation in renewable technology, energy storage and smart homes, you might wonder just how much energy (and what sort) is being transmitted at any given point by the DNOs to power these projects. Well, there is a place that you can find out exactly that!

Welcome to Gridwatch, a website that pulls real-time data (within 5 minutes) on the UK grid consumption throughout the day and night. The website collects data from Elexon and Sheffield University showing daily, weekly, monthly, and yearly energy usage including imported resources (from France, Ireland, The Netherlands & Belgium), giving insight into areas such as nuclear, coal, CCGT, solar, wind, hydro and others. It also presents the opportunity to deep-dive into statistical analysis since 2011, giving an opportunity to see how the consumption of power has evolved since it began.

What are the main indicators in Gridwatch?

At a time of technological boom, with ever-increasing demands for power and data in an on-demand, always-on environment, this data gives us the chance to break down the energy mix that powers all we do. As every data point is tracked and measured we are literally seeing history in the making.