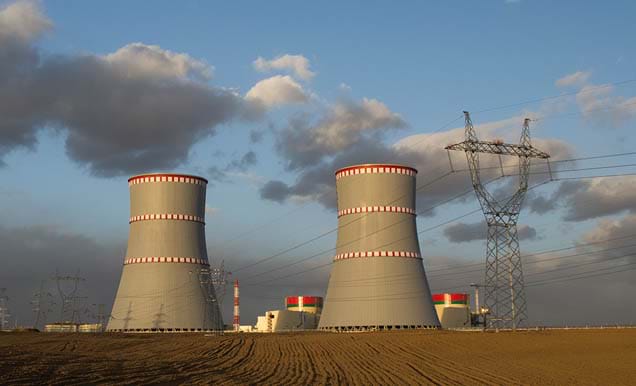 Continuing our deep-dive look into the origins of the electricity distributed across our grid networks to power industry and our homes, we turn our attention to Nuclear. Nuclear power is part of a diverse range of energy sources in the grid mix, ensuring the continuity of power in a country and aiding the increasing transition to renewable sources. With smart technology at the centre of a fast-developing interconnected world, reliability in the power grid is more important than ever.

With the production of 2,657 billion kWh of nuclear electricity being generated around the world in 2019, it’s considered a carbon-free source. Whilst the USA is the largest producer globally their overall nuclear power electricity share actually only accounts for 19.1% of their electricity energy mix - in France it accounts for around 70%.

The concept of creating nuclear energy in a plant is a relatively simple one in theory: Splitting atoms of Uranium or Plutonium to release energy. It’s then repeated through a chain reaction by the smaller atoms, a process known as fission. The amount of binding energy that holds an atom together is not required in smaller atoms, so the excess energy is released as heat and radiation. The heat is used to boil water into steam and like other forms of electricity generation then uses turbines to drive generators to produce electricity.

So how is Nuclear considered a carbon-free energy source? The carbon footprint is mainly due to construction and the fuel processing of mining Uranium - this is offset by low maintenance demands and the longevity of operations. It should be noted that whilst nuclear is zero-emissions it is still classed as a non-renewable source of energy because the process taken will not see a depleting resource replenished within a human lifespan. We’re all familiar with other non-renewable electricity generating sources used around the world including coal, natural gas and oil.

For many countries, the advantages of nuclear power plants are obvious when considering their infrastructure and geographical location – despite the sizeable investment required to build and commission. Nuclear has the ability to maintain constant production; solar plants, wind turbines and tidal power plants require specific environmental conditions to operate at peak production – and only if the geography permits.

Whilst many countries are expanding their nuclear plant technology and electricity share presence as a way of reducing emissions, there some who have chosen to shift to alternative resource solutions as it’s not always embraced by the general public as a viable solution. Switzerland’s energy was 39.5% nuclear generated 2009 but a 2017 referendum saw the decision to cease production. In 2019 their Muehleberg nuclear plant was the first of the five plants to be taken offline after 47 years in operation, with it taking an expected 15 years to fully decommission. Switzerland has shifted to hydro power as the main contributor of the energy mix (55%) but there were concerns around where any additional power would come from and the costs associated with this extra demand. They’ve chosen to engage in long-term contracts to use interconnectors from nearby countries such as Austria, France and Germany – taking excess electricity from a range of sources as and when needed.

Countries face the same challenges when it comes to ensuring enough power to the grid to provide for homes, businesses, industry and infrastructure. The ways in which they tackle them will vary but where Nuclear is part of the mix then the quality, compliance and safe performance of the cables that power and control remains essential. Maintenance and downtime is costly. For information on how Eland Cables can support specification for power and control cables for nuclear energy – and can support decommissioning projects where required – contact our team.