Electricity is a versatile form of energy used to power anything from huge data centres and critical systems to many of our everyday electrical appliances. It can be generated and transferred very easily. Electricity, or electrical energy, can be created and converted from energy generated from other forms including thermal energy from burning fuels, wind energy harnessed by turbines, nuclear energy, and solar energy. This energy can either be used as it is generated or it can be stored in batteries or fuel cells.

How is electricity distributed? What is the history of electrical cables? What is voltage rating? Go back

So what is electricity made of? At its simplest, all matter is made up of atoms, which are themselves made up of three particles: neutrons, protons and electrons. Neutrons have no charge; positively charged protons which are bound around the neutrons in the atomic nucleus; and negatively charged electrons which orbit the nucleus. The flow of electricity is associated with the loosely bound electrons flowing from one atom to the next. The more loosely bound the electrons in a material’s atomic structure are, the better the material is at conducting electricity. Metals are good electrical conductors whilst poor conductors or insulators such as plastics have tightly bound electrons in their atomic structure and don’t allow electric current to flow easily. 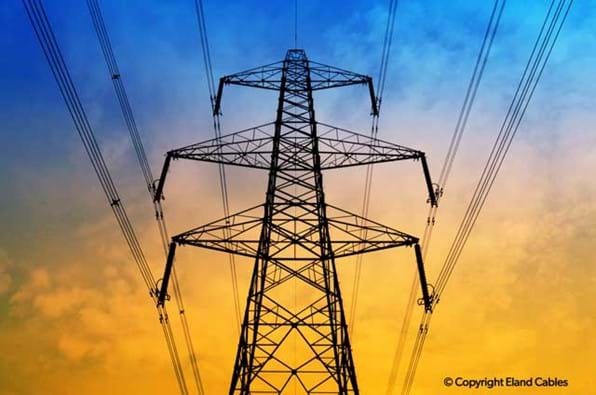 What is dynamic electricity? Dynamic electricity producing a constant current flow is generated primarily by turning a wire stator or copper disk in a magnetic field which in turn causes a current to flow in the wire. The turning force for the wire loop or copper disk can be generated by turbines powered by the energy in wind, steam or water. This is known as electromagnetic induction.

Other ways of generating an electric current include:

- Electrochemical such as in batteries and fuel cells.

- Thermoelectric where temperature differences are converted into voltages across dissimilar metals.

- Piezoelectric which involves the mechanical strain of electrically anisotropic molecules