CES Expo - Are we ready for a truly Smart Car? 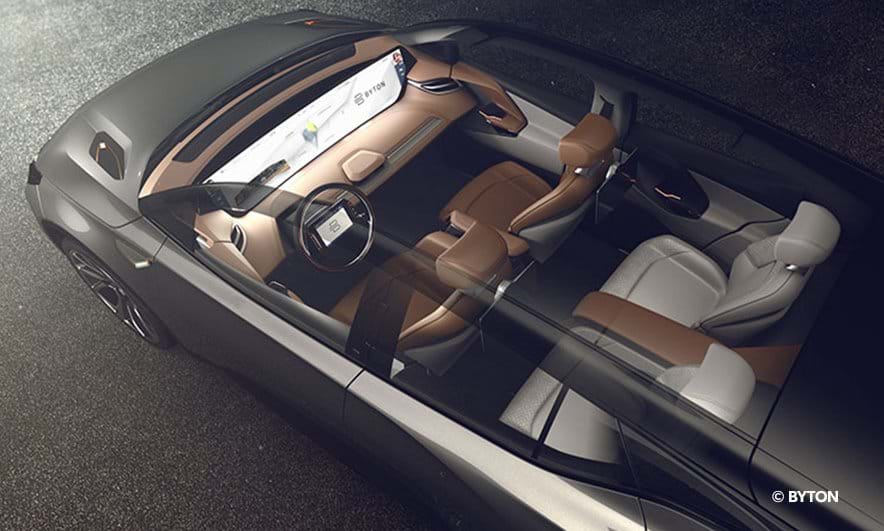 The Vikings are coming! Subsea link between the UK and Denmark set to share renewable energy UK 4G Mobile coverage not up to scratch M27 - Englands smart motorway Go back

CES showcases all that’s great and good in the tech world. For those who have spent 2017 (and most likely several years previously) developing their groundbreaking invention, this annual Las Vegas exhibition is the chance to garner attention, find investors, and demonstrate what all the hours of research and development have been about.

This year there has been lots of publicity around a smart car by a company called Byton… but what’s new and exciting about that, cars like the Tesla are out on the road already surely? Not like this apparently. The brainchild of tech geeks previously of Apple and BMW, Byton have created what looks essentially to be a giant tablet screen with wheels. The dashboard spans almost the whole width of the car and the aim of this giant screen is the “merge your life outside of the car with your experience inside the car”, according to Jeff Chung of their Intelligent Car Experience division.

With a tablet in the middle of the steering wheel, the commands can be controlled by voice, touch or in-air gestures, and can bring up your digital life – calendars, maps, social media – all loaded and personalised from a profile determined by a scan of the driver.

It’s a brave but exciting move to enter the smart auto industry – not a particularly mature market, but one with bold headline players such as Elon Musk’s Tesla, self-driving cars from Google, and all the big car manufacturers working on electric and hybrid ranges. In theory, the car has the sensors and ‘brainpower’ to drive itself – Level 3 at this stage (requiring the driver to stay alert enough to take control if required) but expected to be upgraded to Level 4 (a sleeping driver!) in the coming years. In the meantime, they seem to be focused on the software as much as the driving experience.

Yet they face the same problems other ‘smart’ cars do – they lack the infrastructure needed to make driving them a practical option. Even if you spent the £45,000 to buy a Byton, there are no charging stations in the UK. There are no Byton charging stations in the US, or anywhere else for that matter. There’s potential for them to do a deal to share the Tesla charging stations but that’s by no means guaranteed, so for the Byton – or any other new-to-market electric vehicle for that matter – to gain a foothold it is reliant on a substantial infrastructure upgrade and a significant power draw. Digging up roads to lay the cable network to service the charging points is only half the challenge (and one that would cause serious disruption); the other half of the work is to ensure the required electricity is there to charge the vehicles. The UK managed a full day without coal-based power in 2017, but it would take many more hours of solar, wind or hydro/wave power from existing connected farms as well as new installations in order to charge fleets across the country. The Government is backing the installation of charging points but it’s still a slow roll-out and won’t be practical or affordable for everyone.

There’s no doubt that smart cars – whether fully electric, hybrid, or outlandishly tech enabled – are the vehicles of the future, it’s just a question of whether we’re ready for that future today.