Are robots set to make us all redundant? 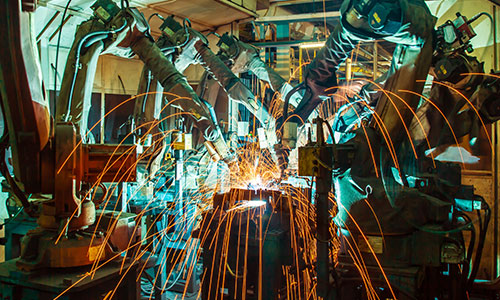 The BBC have highlighted a report issued by PwC, the global accountancy firm, stating that almost a third of UK jobs could be under threat from robotics and artificial intelligence (AI) by the year 2030. It’s a scary statistic – even for a cable supplier with a broad portfolio of automation and process control cables – but the evolution of machines continues at such a pace across many industries that the traditional workforce would be transformed.

The report suggests that manufacturing and retail jobs would be at greatest risk which is perhaps unsurprising. Online shopping now represents 16.8% of retail trade according to the Office of National Statistics, and we’re now seeing further people-free interactions with drone deliveries and smart assistants such as Amazon’s Alexa and Google Home. Similarly, manufacturing lines are already highly automated in many fields, taking out the risk of human error and delivering a consistently replicated action time and again.

It affects almost every aspect of our lives - the railway industry has already been affected, with strikes by union members of Southern Rail protesting the introduction of trains without guards. And who’ll need a taxi driver when there’s sat-nav and autonomous (driverless) cars such as those being trialed by Tesla, Google and Uber.

All is not lost, however, with suggestions that it will help create a more skilled workforce, freeing people up from mundane repetitive tasks. Certain industries will retain their human interaction – healthcare and education being two examples, albeit both benefitting from advancing technologies aiding diagnostics and engagement.

However you look at it, in this ever-changing world, the robots are definitely on the rise...