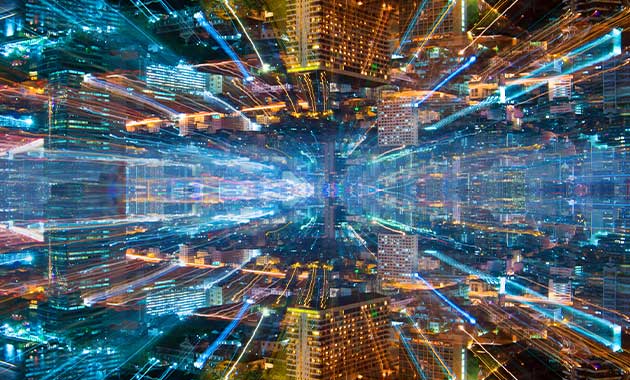 Are robots set to make us all redundant? Saudi Arabia takes the global lead in Artificial Intelligence The nationwide Energy Mix transmitted by UK DNOs Go back

Embracing technology in energy management is something that cannot be ignored. The stream of data across grid structures and energy suppliers feed into efficiencies across the spectrum.

AI technology is playing an essential role in managing power grids around the globe, ensuring electricity is readily available wherever it’s needed at any given time. Future demand for electricity will only rise with consumers increasingly buying integrated smart devices, able to continuously transmit and receive data via the Internet which includes the continued adoption of electric vehicles (EVs).

When considering the energy industry, AI relates to many elements from assisting pipeline companies identify leaks to the integration of wind, tidal, and solar energy with battery storage and traditional generators in power grids. AI (artificial intelligence), is harvesting and processing a mass of big data from exploration activities, storage and distribution and other operations that produce and deliver energy to the relative sector.

Energy Industry Director of AspenTech, Ron Beck said: “Everybody in the world is trying to improve efficiencies… AI becomes very critical for that.”

Larsh Johnson, CTO of Stem also commented on his company using its AI software to “determine when to charge the batteries and when to dispatch the battery power to the grid, depending on the price of electricity. When power is cheap, the system stores it in the batteries and releases it when prices go up.”

The energy industry has been seen as a slow adopter to AI but that’s partly due to a cautious approach surrounding cyber-security threats. With a critical backbone infrastructure, all possible measures must be considered before commencing and sending sensitive information whether it be from a power transmission cable in an energy grid to control panel sensors or drone monitorisation.

CEO and President of Kinsmen Group, Brian Sallade said: “The energy industry’s adoption of AI is still in its earliest days, but it is already proving its potential to make the industry cleaner, more efficient and more profitable.”

“There’s just no human being who can evaluate the amount of data we have… Without AI, you’re going to produce data that’s going to be dead data, black data, because you don’t have the resources to do anything with it to turn it into value.”

Amongst the multiple uses attributed to AI some are using the data to monitor their carbon footprint and carbon capture, by ensuring that the carbon dioxide a plant injects into the ground stays in the ground. Automation, AI-enabled drones, and other robots are a part of the mix, just as we’ve seen in sectors like mining and farming, this is where tasks like continuous inspections of pipelines to identify methane leaks, monitoring for damage/corrosion or even security breaches can be looked at.

General Manager of Data Science at Shell, Daniel Jeavons said: “Artificial intelligence represents the next step in the coming digital transition, building on earlier technologies developed by the energy industry, such as smart sensors used to detect leaks along miles of pipelines. These sensors produce the vast amounts of data that can be scooped up and processed with AI.”

AI in energy industries also lends to predictive service and maintenance. Through virtual models or digital twins, it allows continuation of services without disruption, beyond this remote monitoring systems can also play a similar role by looking at performance of assets including backup systems like UPS systems and generators. Such sensors and intelligence could be used to forewarn companies on the pressure placed on the grid, managing blackouts just like China did earlier in the year, ensuring continuity of power in the manufacturing province of Guangdong despite the extreme heat.