The Vikings are coming! Subsea link between the UK and Denmark set to share renewable energy 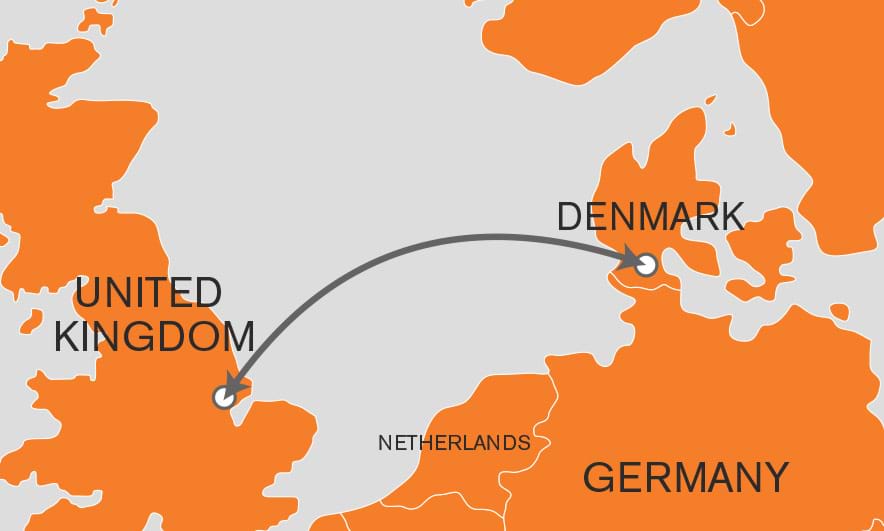 An ambitious project to create a subsea link between the UK and Denmark is seeking final investments and local approvals. National Grid Viking Link Limited and the Danish energy company Energynet have combined to increase Britain's connections to energy supply on the European continent. It's a project which has been in early planning stage for years and has already received approval from UK regulator Ofgem.

These interconnecting subsea cables comes as part of a continued focus on low carbon energy solutions from sources such as wind and solar. To date, one of the biggest obstacles to full utilisation of generated renewable energy - technology is not yet at a point where it can effectively store the excess energy, resulting in it potentially going to waste. However with these interconnecting subsea cables it would allow excess electricity from Denmark to head across and feed into the UK's national grid and vice-versa from England to Denmark. This could support the larger strategic focus aimed at reducing current dependencies on fossil fuel generation, as part of EU’s and UK’s obligation to tackle global warming.

Currently, the UK only has a 4GW interconnector capacity across two subsea cables to mainland Europe, which represents only five percent of the electricity currently generated across the grid. Interconnectivity cable links are not only beneficial in terms of reaching renewable targets, it can also benefit UK consumers in terms of price, making the energy market more competitive. It can also be beneficial to the wider UK economy, giving us the opportunity to export energy to mainland Europe, according to The National Infrastructure Commission (NIC) report “Smart Power”.

The UK’s choice to make the link to Denmark was made for dual reasons - the Scandinavian country’s existing energy infrastructure and its proximity to England. The Viking link seems to have received predominantly positive reactions in the UK and is being supported by the Government in both countries, yet has faced more negative reactions in Denmark from the public and from local politicians in Denmark. Their objection stems from the 170 km long high voltage line which would run from the Danish-German border in the south of Jutland and up along the western edge of the Danish countryside. This high voltage line is a necessary part of the project as it connects the electrical infrastructure in Denmark, yet the Major of Danish town Esbjerg, the fifth biggest town in Denmark, is one of the people who are against its installation, citing the impact on both the residents and landscape. He's publicly stated that “It disfigures the nature and will be very close to residential areas. If there is a way to get it underground, we should do it this way.” The protests from him and other local politicians have led to discussions being timetabled in the Danish parliament, to explore the option of buried cables - something that would increase costs significantly and would create delays to the timeline and possibly more difficulties obtaining necessary investments.

For now, we can only wait and see if final approvals and investments are reached. If so, the subsea cable will be laid in 2022 between Bicker Fen in Lincolnshire, England and the substation Revsing in Southern Jutland, Denmark and we can take another step forward in using renewable energy to power our everyday lives.