At the forefront of innovation: Record-breaking solar plane to be built in the UK 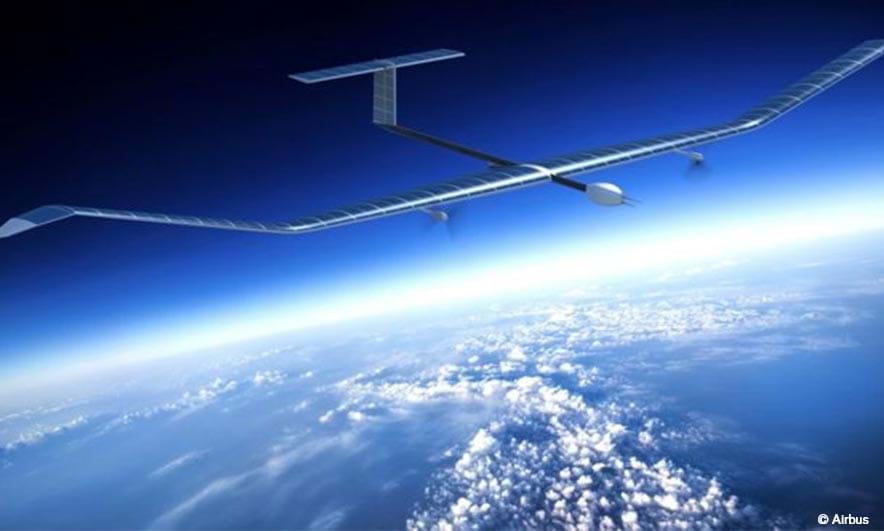 Continuing to push the boundaries of air travel, Airbus has recently launched the production of the new Zephyr S - an unmanned solar driven plane. Launched at the Farnborough Airshow and reported by the BBC, the Zephyr S claims to have the capacity to stay airborne for up to 120 days at a time and can carry a 5kg payload, the most practical application being a surveillance camera. It will be built in the UK.

Weighing in at less than 75 kilograms, about 30kg of this are the batteries that store the solar energy. During daylight hours the plane is powered directly from energy gathered from attached solar panels whilst at night it continues to stay in the air using energy from solar-charged lithium-sulphur batteries. The technology, at its core, will be similar to the renewable energy systems you'll see on the roofs of houses, or the industry-grade solar farms across fields, all connected with photovoltaic cable - just an enhanced coating to the panels to allow it to withstand the atmospheric challenges and  It flies at 70,000 feet - twice the height of commercial planes - and above any weather patterns that could impact it's transit.

One hundred and twenty days in the air without touching down is a long time. The Zephyr S already holds the record for longest flight by an un-refuelled plane, taking off from Arizona on July 11th 2018 and staying in flight for 25 days, 23 hours and seven minutes. In itself that's an impressive feat but it's a long way off the vaulted 120 days promised by Airbus. And yet the potential applications that come from such extended flying time mean there's a push to deliver the promised results.

The Zephyr S solar plane is different from a traditional satellite - it doesn't sit in orbit in the same way and so can stay over one region, giving coverage for a far longer period of time compared to the windows of visibility offered by satellites. Jana Rosenmann, senior vice president of unmanned aerial systems at Airbus, said that the Zephyr is “a mix between a satellite and a UAV (Unmanned Aerial Vehicle) with the capabilities of a satellite and the flexibility of a UAV”. There are obvious applications in the defence industry - UK Defence have already apparently invested £13 million in a contract with Airbus for these solar planes with a view to using them to monitor ground targets from a safe and inobtrusive distance. Yet it has applications beyond the boundaries of national security, monitoring shipping traffic, helping to secure borders, and monitoring wildfires and other natural disasters.

The initial plan will see 30 solar planes a year produced in their factory in Farnborough with plans already underway to trial test flights that break the 30-day barrier. Each flight gets them closer to that 120-day duration - I wouldn't bet against them achieving it before the end of the decade.