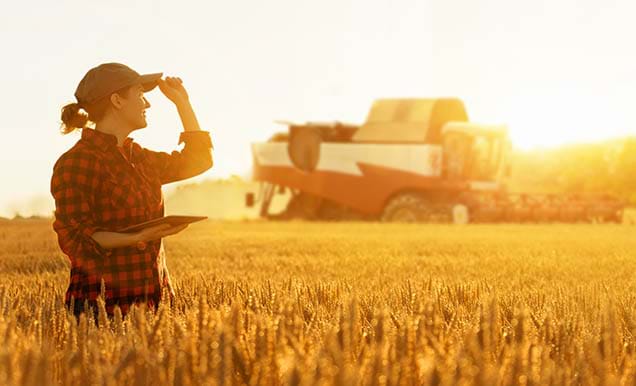 Automation has infiltrated every aspect of our lives - smart technology controls smart cities and industrial manufacturing. The world of agriculture hasn’t been left behind either; drones, harvesting robots, autonomous vehicles and real-time monitoring of crops through sensors and aerial connectivity has helped modernise the industry.

Technology once just a theory is now a working reality with robots and artificial intelligence (AI) being integrated into Australia's first fully automated farm. Estimated to cost in the region of $20 million, the 1,900-hectare autonomous farm will be established in a joint venture between agricultural technology company Food Agility and Charles Stuart University in Wagga Wagga, New South Wales, to actively demonstrate the workings and collective data intelligence that can be achieved.

Richard Norton, Food Agility Chief Executive commented "Full automation is not a distant concept. We already have mines in the Pilbara operated entirely through automation [so] it's not beyond the realms of possibility that a farmer could be sitting in a study in front of a computer driving multiple vehicles."

The farm will take advantage of technologies involving monitoring equipment and drones, autonomous harvesters and tractors, a range of sensors to measure soil, plants, and animals, as well as AI that will manage sowing, fertilizing, and harvesting. Green credentials are also a factor, with an awareness of the farm’s carbon footprint reported and minimised by management tools.

The farm itself is already in commercial operation, crops such as wheat, barley and canola were grown, a vineyard was well-established, and a large head of sheep and cattle were under management. The first step of the plan is to focus on autonomous harvesting vehicles, with the rationale being that this could be achieved whilst the farmer was resting at night and further optimised during the day.

Like many automation advances, an initial concern that robots replace jobs done by people has been countered by the World Economic Forum ‘The Future of Jobs Report 2020’ which estimates that global automation will create 97 million jobs by 2025 – far more than it will displace.

Agricultural automation is already complementing farming operations with the focus for the future set to be based on heightened use of time-saving technology. This could potentially save crops from damage and increase security whilst increasing profits - an evolution in farming management.