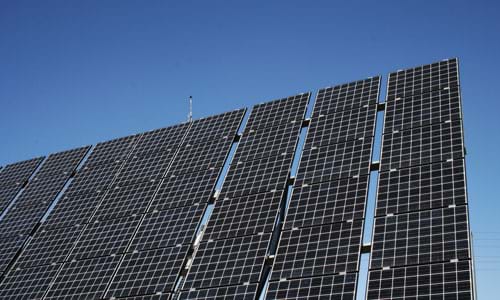 Togo has launched its first renewable energy project and at 50MW it has the capacity to provide electricity to nearly 160,000 homes and small businesses in the West African country. The newly operational Sheikh Mohammed Bin Zayed Solar Power Plant is now one of the largest in the region and will significantly reduce the Togo’s dependence on fossil fuels and imports for electricity.

Initially financed by ADFD (Abu Dhabi Fund for Development) and IRENA (International Renewable Energy Agency) this is part of an ongoing effort to address energy poverty not only in Togo but across the globe. Togo, like many countries on the African continent, is associated with a growing population and energy demand is expected to nearly double by 2040. The project developed by AMEA Togo Solar secured loan funding via ADFD to the sum of $15 million USD. With IRENA having the expertise and experience in the field, both technical support and overall project solutions lead to completion ahead of schedule which when factoring in the global disruption caused by COVID-19 was a remarkable achievement. The project is expected to have created over 800 jobs. The project will also support the advancement of the national clean energy strategy which has big plans to increase the share of renewables in electrification to 50% by 2025 and 100% by the year 2030.

Responsible for Energy and Mines, Mila Aziablé, Minister Delegate to the President of the Togolese Republic, said: “Renewables are at the heart of our national energy goals and are a vital component of our broader social development and economic growth ambitions… This is a very significant moment in our country. It marks a positive step on our journey towards building an energy system that is inclusive and clean, and that creates jobs and improves access to energy. Renewables can shape an entirely new and positive era in the development of Togo, and we are extremely grateful to all the partners involved in delivering this project.”

Due to a limited energy generation infrastructure Togo has been unable to meet its energy demand and so was relying on sources such as biomass along with energy imports from Ghana and Nigeria to power its growing population. The diversification in renewable energy resources is expected to improve the secured connection of local households and businesses whilst enabling neighbouring communities to improve access to public services such as education and healthcare.

Director-General of IRENA, Francesco La Camera, said: “This is a highly significant project not just for Togo but for the whole of West Africa… Its scale and speed of development shows what can be achieved in the region when the right blend of partners come together with purpose and intent. Africa holds tremendous promise for renewable power generation, which can bring improved energy access and reliability of supply, while creating jobs and economic opportunity. This is a proud moment for the IRENA-ADFD Project Facility, for all who have contributed to it, and for the people of Togo.”

The project will play a key role in IRENA’s and ADFD’s goals in supporting not only Togo but Africa’s rapid economic expansion. The renewable energy challenge sets a high bar for success but will  create improved resilience and a sustainable foundation. We look forward to the next steps in this ambitious pan-African project.