Recycling robots are learning lessons from AI and manufacturing 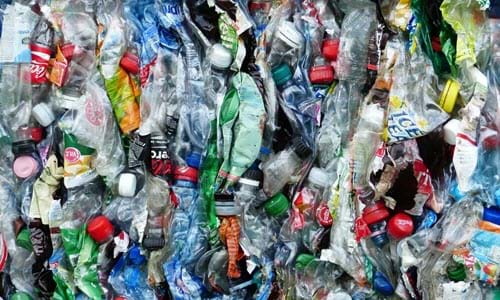 The manufacturing industry has long been using robots to do the work that would otherwise take people much longer, but what if that same technology could be applied to the recycling industry? The UK generates 290 million tonnes of waste, and whilst we now recycle more than ever before, 9.6 million tonnes of what we discard is still reaching landfill. This is at least in part because it’s simply too hard for the people working in refuse centres and current technology employed to sort the recyclable material from the landfill and catch it all. This is where robotic technology and machine learning comes in.

Manufacturing plants have been using automation processes for decades and in recent years have been taking advantage of machine learning techniques to further enhance the efficiency of their production lines. Now the same machine learning techniques are being used to teach refuse-sorting robots to identify and sort municipal recyclable materials. These artificially intelligent robots are the work of AMP Robotics, who have been working with a refuse centre in the US to test and optimise its robotic systems to be able to “pick” recycling in the same way that humans currently do.

This robotic system uses visible-light cameras to feed images to a computer, essentially allowing the robot to “see” and identify recyclable materials. The robot, named Clarke after the sci-fi author Arthur C. Clarke, uses AI software allowing it to understand its environment. Clarke is able to calculate the number of different types of packaging flowing down a conveyor belt, identify the brands of that packaging, and estimate the weights. You might wonder what the point of that is, but the more information Clarke learns, the better the robot gets at being able to identify the objects it’s seeing. Furthermore, the knowledge the robot acquires is then used to teach other robots, meaning they can learn from each other and become more accurate and efficient. Currently, Clarke is able to pick an average of 60 items per minute - whilst people are capable of up to 80 picks per minute, this is generally for short periods before they tire and slow down, so the average manual pick is closer to 40 per minute.

The major change for these robots is in the software that applies AI learning techniques to visioning systems, similar to the capabilities present in self-driving cars or Facebook’s facial recognition for photos. The robot itself was made by international company ABB Robotics, and software aside is no different to those used in production lines today, meaning the advancements can be rolled-out relatively easily and quickly once tested and optimised. That is still some time away, as currently Clarke is only able to pick cartons but the goal is to extend this to all types of recyclable materials and even contaminants.

Ideally, the aim would be to replace humans with robots, negating issues like tiring or injury, and yielding higher and more consistent picking volumes. Innovations such as this have wide spread implications for the recycling industry – speaking purely economically, it generates more than 10 billion pounds a year and employs over 30,000 people. But the most important thing, of course, is the environmental impact, with artificially intelligent robots allowing us to increase and improve our recycling capabilities as a society.