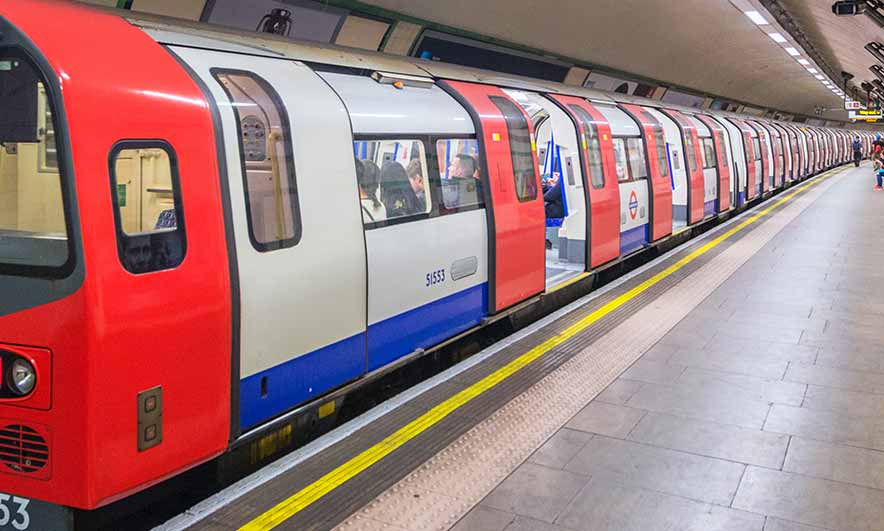 1st September 2018 marks the 50th birthday of the Victoria Line on London's Underground. It had been 50 years since the opening of the last Underground line - The Central Line - and it was opened to much fanfare. It took 8 years of construction work before the first Victoria line train left Walthamstow at 06:30 on the morning of 1st September 1968 - and not officially finished until 1972 after being extended further south and completing the construction of Pimlico station. It was officially opened on 7 March 1969 when Her Majesty, Queen Elizabeth II unveiled a commemorative plaque. In a first for the monarchy, she marked the occasion by becoming the first reigning monarch to take the tube, travelling to Green Park (a short walk back to Buckingham Palace). She'd travelled on the Underground as a child, with her sister Princess Margaret and her governess but there's few reports on how often she's hopped on the tube since!

As is fitting for this golden anniversary, there will be a series of celebrations including heritage displays, handouts and cultural tube maps. There's also tours as part of London Open House on 21 September where TFL staff will guide people around the six original stations: Walthamstow Central, Blackhorse Road, Tottenham Hale, Seven Sisters, Finsbury Park & Highbury and Islington.

Frank Ibe, Head of Line Operations for the Victoria line, said: “The Victoria line has been a key part of London’s transport network for 50 years and it’s amazing to think how many billions of journeys have been made in its history. When it opened, the Victoria line was one of the most modern subways in the world and, thanks to the recent improvements, it still sets the standard for the rest of the world today.”

At peak times, 36 trains are on route on the Victoria Line with only 100 second between departures, making it the most frequent train service in the UK - and second most frequent in the world. With only 16 stations it's also one of the shortest lines in the London Underground network, yet with over 200 million journeys each year and transiting through two of London's major rail terminus in Kings Cross St Pancras and London Victoria, it's the most intensively used underground line per mile in the network. Safety and security are key across the network and so only LUL-approved products (including cables) can be used. Low Smoke Zero Halogen cables are used throughout given the enclosed spaces and tunnels they traverse.

The underground was described as “London’s Pride” at its opening and it still remains a vital mode of transport for the busy London commuters. Leader of Waltham Forest Council, Clare Coghill, said: “We’d like to wish the Victoria line a very happy 50th birthday! The Victoria line has been instrumental in connecting Waltham Forest to central London. It has helped millions of residents get to work, helped local businesses thrive and opened the borough up to visitors from London and further afield.“

The London Underground is one of the oldest transport systems in the world at over 155 years old in places and serving more than 1 billion journeys every year. So, whilst CrossRail's Elizabeth line launch may have been delayed until Autumn 2019, we can still raise a glass to the engineering feats that keep trains moving across the rest of the network.