Automated cars in Greenwich self-driving into the future 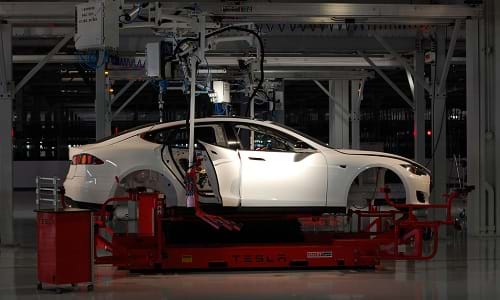 If you’re commuting via North Greenwich Tube station in South East London, keep your eyes peeled for the driverless car testing that’s taking place in the area. Not so much a car as a “pod”, similar to those in service at Heathrow Airport, the tests are a part of The Gateway Project, which is aiming to reduce congestion and collisions.

The partly government funded research project seeks to understand how automated transport can fit into the future plans of cities like London. The pods have no steering wheel and of course, no driver. Unique to this approach is the idea is that you’ll be able to use the pods as communal sharing transport, and rather than replacing or “robotising” existing forms of transport, you’ll be able to use them for short distances between transport hubs and home.

There are of course many companies taking the opportunity to move into the future with driverless transportation. Nissan has been working on a driverless car for the past 12 years, and thinks it will take a further five to develop them fully. Google have also been working on driverless cars with their company, Waymo, which is making vast improvements in completely autonomous vehicles. Similar to The Gateway Project, Waymo are using cameras and sensors to create their driverless vehicle, but unlike Gateway, they’re seeking to replace existing forms of transport. General motors, Uber, and BMW are also making strides in autonomous vehicles, and more companies will follow.

In October last year, Tesla announced that all vehicles produced in their factories would come equipped with Tesla Autopilot, the camera-based hardware they have created for full self-driving technology. To keep up with the ever going demand for its cars, and indeed the automated technology they now all come equipped with, Tesla recently came to an agreement with a German engineering firm to help them more fully automate their factories and boost production. Their CEO, Elon Musk, has underlined that it is vital their factories become even more automated in the future, saying they aim to perfect “the machine that makes the machine.”

There are important factors to consider as driverless technology becomes a more likely reality for the future of the transport industry. The Gateway Project also takes into consideration the societal shifts that will need to accompany automated transport. Similar to other areas of automation like factory and other forms of transport, if successful, the rapidly evolving technology could be a job creator and vast investment opportunity, in addition to having benefits for the environment and safety. There are concerns that automation will cause more accidents, with complacency causing drivers to react more slowly to potential incidents. The flip side to this is that the technology might overall result in fewer accidents, with less chance for human error.

Automated driving technology has been on the market for some time, with hands-free parking technology now standard in many cars. But to go fully autonomous will require legal, societal and cultural changes – we’ll need to re-think everything from how we build roads and cities, to how we purchase our personal transport in the future. Will we be drivers or passengers?

All that is clear is that the technology is racing forward, whether we’re ready for it or not.