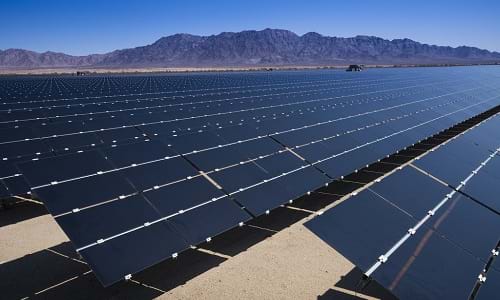 Electric cars: Your questions answered on e-Mobility Peaks and troughs: consistency needed for renewable energy’s future The Vikings are coming! Subsea link between the UK and Denmark set to share renewable energy Go back

On March 11, California’s solar use accounted for almost 40% of net grid power produced. This is the first time they have achieved levels like these, and the growing solar generation for the state is accounting for lower wholesale power prices. In fact, for a brief period during Winter/Spring 2016 the wholesale prices for fossil fuels dropped into the negative. While these prices are yet to benefit the consumer, they do suggest long-term declines in costs in areas that have heavy solar investment.

Renewable energy volatility is one of the key issues facing the industry. Both solar and wind generation experience peaks and troughs, which means that high capacity batteries are needed for storage in order to reliably supply 24-hour demand. Because such storage is currently not widespread, production often has to be curtailed during peak periods because there is simply nowhere for the excess energy to go. Aside from the wasted potential, this means that in troughs, other more consistent power sources are still necessary to fill in the gaps to ensure consistent power supply to consumers. Additionally, some forms of power generation such as Nuclear cannot be easily shutdown during peaks, which means it is not as simple as just ‘making room’ for the additional supply from solar. Widespread battery storage would mean that renewable energy could become more competitive with fossil fuel power sources in both pricing and reliability.

Tesla is just one of the companies hoping to make storage issues a thing of the past, with the introduction of home and industrial-scale batteries. Based on the same technology used to power their cars, their products are designed to supply electricity from solar, even when the sun isn’t shining. In addition to securing constant and reliable solar power, these batteries would make it possible for homes and businesses to run on battery reserves during peak times of day when energy rates are higher, lowering monthly power bills.

For California, solar represented 13% of their power in 2016, and it’s leading the country in solar jobs. In fact, the solar industry in the US currently employs more people than Apple, Google, Facebook and Amazon combined. Growth in the industry is expected to continue, so it looks like blue skies are ahead of us for the renewables industry.