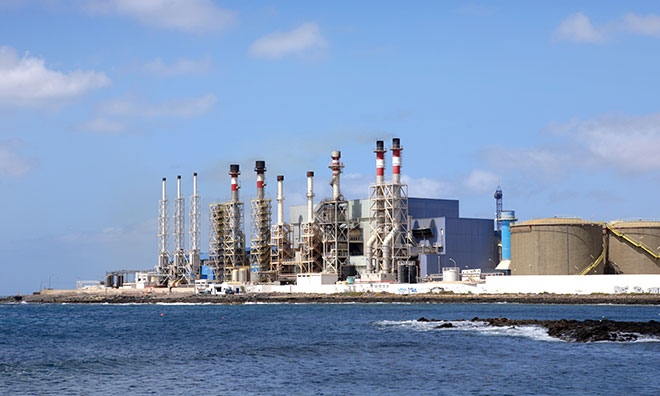 Electric cars: Your questions answered on e-Mobility Modular construction the answer for the housing supply gap? It's no longer the future - Renewables are the here and now Go back

It might seem strange to suggest that the Earth, with 71% of its surface area covered by 332 million miles of ocean, is running out of water. According to the United Nations though, water shortages will be a significant concern in the coming decades as the global population grows, and climate change leads to longer droughts of the kind recently experienced by California. Finding innovative ways to solve the water crisis has become a priority for governments that fear the inevitable instability that water shortages will create, and likewise creative businesses see opportunity for growth where demand is high and supply inadequate. While the idea of taking drinking water from the sea might seem obvious, it is a difficult thing to do in practice. Untreated seawater is far too saline for human consumption, and so expensive and energy-intensive desalination plants are required. However, recent technological developments, and especially the falling cost of solar power, are making desalination more attractive than it once was.

The largest producers of desalinated salt water are Middle Eastern countries. Israel gets 40% of its water from the sea, while Saudi Arabia is responsible for 18% of the world’s desalination. Building desalination infrastructure is often the combined effort of industries across continents. The desalination plant at Yanbu on the Red Sea was built by a consortium consisting of Chinese and Korean companies, while much of the cable for the project was provided by British suppliers like us. Desalination can be achieved by a variety of methods including reverse osmosis where water is pumped through a filter or, as at the Yanbu plant, as multi-stage flash distillation in which water is evaporated and then captured.

Desalination is a complicated affair. A large desalination plant intended to provide water for around 300,000 people costs around $100 million, and half of this money is spent on energy provision; according to the Pacific Institute a million gallons of desalinated water requires 15,000 kilowatt-hours of energy. There are environmental concerns - the energy required for desalination means that it is not a climate-friendly answer to the water crisis; Saudi Arabia’s desalination capacity is largely thanks to the country’s surplus of oil. Furthermore, the actual pipes that collect seawater can be damaging to marine ecosystems, as can the offshore dumping of waste salt from the desalination process. There are also high-profile stories of failure when it comes to desalination projects, too. The Yuma plant, situated on the US-Mexico border and costing $286m to build, has yet to run at full capacity, while a plant in Victoria, Australia cost AUD $5.7 Billion to construct before being immediately mothballed, since there was no need for it. The Victoria plant was among a number of desalination projects that the government invested in during the drought of the early 2000s, only to find that they were surplus to requirements when the drought eventually came to an end.

Potential solutions to these problems do exist though. Recent developments in solar power, most significantly the fact that solar is now equivalent to coal in cost, are making it a viable alternative to fossil fuels for powering desalination plants. Saudi Arabia is leading the way in this area with a new plant underway in the north-east of the country at Al Khafji. Running at full capacity the plant will produce 60,000 square metres of treated water per day, and will be the world’s first desalination plant to rely entirely on solar energy. Meanwhile in Chile the Padre Fancisco Napolitano agricultural school of the Lluta Valley has produced its own renewable-powered desalination plant, which, according to the Fundación Chile is “simple in its construction and operation”. The plant is also far more economical than others, costing only US $210,000.

There are also promising new technologies, such as a graphene oxide sieve recently developed by a UK-based team of researchers, which could replace the current filtering processes with more efficient methods. Generally, desalination plants employing filtration methods use polymer-based membranes which are costly to produce and are energy heavy to run. Though this new filtering method is still undergoing testing and investigations into cost effective production, the goal is to be able to desalinate with minimal energy input.

It will still be some time until solar energy can compete with fossil fuels when it comes to desalination, but as the water crisis intensifies and solar power becomes cheaper, we should expect to see more of the type of projects that are currently being trialled in Saudi Arabia and Chile. And while there are numerous problems associated with getting our drinking water from the sea, as new technologies reduce environmental and monetary costs, desalination may end up being the best, as well as the most obvious, solution to our pending water crisis.