UK 4G Mobile coverage not up to scratch 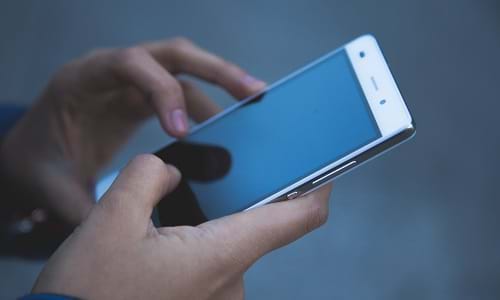 Mobile phones are an indelible part of our modern lives. There is nothing more frustrating than a slow connection or dead-zone, but these are problems UK mobile customers face on a daily basis. While 4G speed is still a struggle for some countries, the UK has an entirely different problem: as networks continue to get faster, coverage is not advancing at the same pace. A recent report between OpenSignal and Which? revealed that while the UK’s 4G network is getting faster, it’s coverage that is not up to scratch.

Between December 2016 and February this year, data readings were taken from over 30,000 users of an OpenSignal app. The data was used to find, amongst other things, the average availability of 4G for mobile customers in the UK in the 20 biggest cities. The report found that mobile customers in the north east of England have the best chance of getting a 4G mobile signal, while customers in London fared amongst the worst of the cities covered in the report. Middlesbrough ranked first, with 82.7% average 4G availability, followed by Sheffield and Sunderland both sitting at around 80%. London ranked 16th with 73.6% coverage, and the customers who were worst off where Southampton and Bournemouth with less than 70% each.

Another report from Open Signal suggested that UK phones only get 4G coverage 53% of the time. At least 39 countries covered in the report offered coverage of 60% or greater, leaving the UK's coverage at 54th in the world, behind Estonia and Peru.

The good news is that while coverage is still sub-par, download speeds for some providers are faster than the global average of 3.5 Mbps. Network upgrades, including power upgrades and new installations, are boosting speed and pushing technology boundaries. In addition, independent regulator, Ofcom has placed pressure on mobile operators so that most premises in the UK receive 4G signal by the end of 2017. In previous studies, the UK's rail network was revealed to have patchy coverage, and more than 4,500 miles of British roads have no coverage, according to motoring charity RAC Foundation. Ofcom have said that they have challenged mobile operators to explore how to reach remote areas, including transport lines.

While some performed better than others did, currently no mobile operators are delivering consistent signal anywhere in the UK. Mobile providers cite planning issues when trying to create necessary infrastructure. Particularly for bigger cities, planning rules can make it challenging for repairs and new installations to happen as quickly as operators would like. Conversely, well-developed 3G infrastructure could be an explanation for why investment in 4G coverage has been slow.

Regulators and operators are already looking ahead to the 5G networks of the future, which could also be a reason for the slow development of 4G networks – the future is fast approaching. But with mobile consumers today still spending nearly half their time connected to 3G networks, the future seems a long way away.