Chatting on your phone (on the tube) 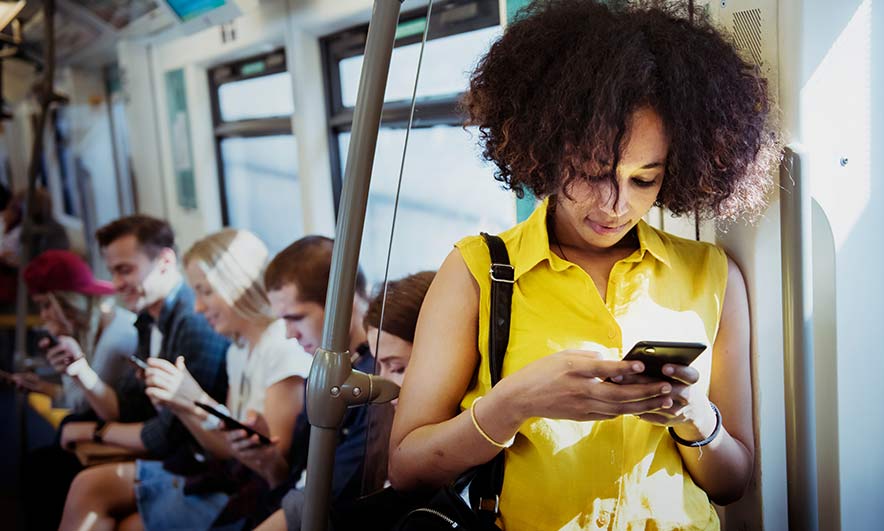 Typically, as Londoner’s we’re always on the go and there just never seem to have enough hours in the day. Getting the tube is a part of our everyday life, whether it’s going to work, shopping, or on our way to go sight-seeing. As 21st century beings we're also permanently glued to our mobile phones. So, what better news than to hear 4G connectivity is to be deployed on the London Underground?

Transport for London estimates that over 2,000 km (or 1,200 miles) of communications cables will need to be installed as part of the project and says that all of it will need to be installed outside of operational hours to avoid service interruption (some good news for the hundreds of commuters during rush hour!). As it requires such a large quantity of cables across such a widespread network area, all of which must be Low Smoke Zero Halogen sheathed if used in enclosed or underground installations, LUL (London Underground Limited - responsible for the network), TfL (the Government body responsible for all of London's transport) and the various mobile networks are in discussion to ensure customers will benefit when the first segment goes live. The first line to undergo the service upgrade will be the Jubilee Line, with the eastern half of the line getting full mobile connectivity on both platforms, as well as inside the tunnels, by March next year.

What will it mean to have 4G on the underground?

For many, there is the expectation that you can check your emails, post on social channels, and have online chats with friends anywhere, anytime.

For the more practical it'll mean being able to check your emails for last minute details whilst on your way to a job interview. It'll mean the ability to check how many minutes you have before you have to rush from one platform to another before you miss that last train - or better yet if it’s been delayed and it means you don't have to run (not that anyone likes a delayed train). It may mean you can get notification of that dreaded 'signal failure' - a nightmare for everyone but slightly easier if you haven't already stepped off the train that could take you another route. And of course, for millions of passengers, it will simply mean they don't have to disengage from their digital lives even for a second. All are positives, although it will challenge the patience of some passengers when they find themselves wedged in next to someone having a very loud chat on their mobile. Perhaps of greatest importance though is that it will mean improved communications between emergency services - ambulance, fire and police services  - both in stations and tunnels, which currently struggles in many of the deeper stations and lines. According to TfL, 4G mobile connectivity will be key to its formation of a heightened Emergency Services Network (ESN).

Challenges and how TfL plan to overcome them.

So why haven’t we had 4G on our underground trains sooner? In theory it's eminently achievable - Barcelona's metro amongst many others offers full connectivity. The answer to that is largely due to legacy infrastructure, building on lines that in some case are over 160 years old. Many of the tunnels and lines are built with narrow tunnels with frequent bends on these tracks (best to hold on tightly) with the very heart of network being deep underground. This causes an issue because it makes it more challenging for the signal to travel across the route. It's been a conundrum faced by TFL for many years but it now seems as though technology has advanced a a solution has been identified - running cables through tunnels that will act as giant aerials - a model based on something called 'leaky feeders' where the cables radiate their radio frequency rather keep it contained. The challenge is to protect signal integrity amongst all the power cables emitting their own magnetic fields.

Inevitably there will always be pros and cons to a project. It's a big step for LUL, but ultimately it's necessary to keep us at the forefront of business and industry, and maintain our status as one of the most visited tourist destinations on earth. In a world of 'always on' 24hr connectivity will it really make a change to people's lives? Probably... but hey, maybe that's because I’m a Londoner.