Cute but not so cuddly: The wildlife threat to power grids 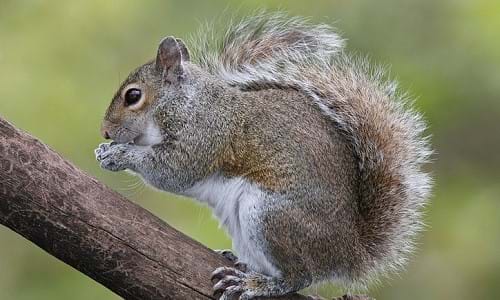 When you think of what the biggest threat to a power grid might be, you might think cyber-attacks or perhaps theft, or even environmental factors. Cute, fluffy squirrels might not be your first guess. But animal interference is exactly the issue that faces power grid systems all over the world, and is far more likely to do harm than any hacker.

Examples of the havoc animals can cause to power grids are not in short supply. In Kenya, a single monkey managed to bring down the entire country’s power grid. In 2013, the world’s largest boiling-water nuclear reactor, Oskarshamn on the Baltic Sea in Sweden, was forced to shut down due to jellyfish clogging the cooling water intake. Just this month, a squirrel caused a fire and city-wide power outage in Luverne, Minnesota by chewing on cables.

To give you an idea of the full breadth of the problem, Cyber Squirrel is a website that maps incidences of animal interference, and since 2013 they have reported 1,850 “attacks”. While the site is quite amusing, the issue is far from a laughing matter.

There are concerns that with climate change affecting water temperatures, there could be more blooms of jellyfish, creating more incidents that lead to power outages. Jellyfish prefer warmer water, and as such with rising sea temperatures, blooms have been increasing and causing more frequent problems. Although plants such as Oskarshamn have filtration systems in place, there is only so much they can do when faced with such vast numbers of fauna.

For other power sources however, there is better news. One of the key ways that animals interfere with power grids is by chewing through or gnawing on cable. But with the development of rodent resistant cable, such as The Axle Counter Cable with anti-rodent protection, there is hope to reduce the problems caused by our furry friends.

Our Cable Lab® experts took on the challenge to reduce rodent issues for one of our rail clients. They needed a rodent resistant cable that still kept its flexibility. Alternate sheathing materials were considered, such as steel wire braiding, but ultimately it was found that a layer of fibre glass tape was successful in discouraging the animals. While rats still gnaw on the cable, their gums are cut by the tape which deters them from chewing the cable to break point. The Cable Lab®, our in-house UKAS-accredited testing facility, was able to perform extensive testing to demonstrate the cable’s performance which was submitted alongside all the requisite paperwork necessary for product approval.

While wildlife can create problems for power grids, using high quality cable can help to reduce the problem and keep things running smoothly.