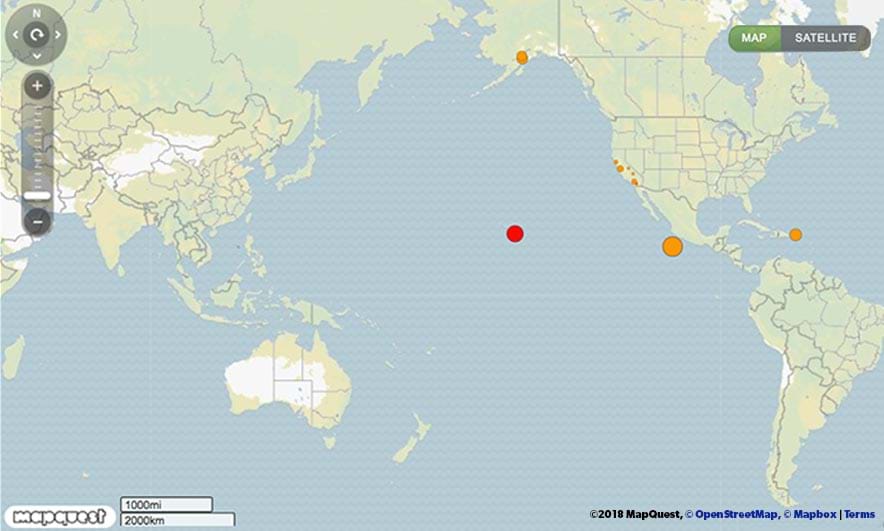 Denmark Electric Ferries Are you using the technical tools at your disposal? Happy Birthday to Manchester Airport Go back

We’ve long known that there’s more to cables than simply transmitting power or data from point to point, but the latest research from the National Physical Laboratory (NPL), is proposing using subsea fibre-optic cables as earthquake detectors according to an article in The Economist.

We have more data on the earth available than ever before – from google maps at street level to satellites orbiting and tracking weather phenomenon. There’s long been monitoring from land-based stations, with real-time information available. Today, Tuesday 10th July, is picking up the widely reported ongoing Kilauea volcanic activity in Hawaii, but also tremors from Mount Redoubt in Alaska, near Mammoth Lakes, Anca and The Geysers in California, a magnitude 5.2 tremor plus aftershocks from the Southwest Indian Ridge, 4.7 on the Richter scale located between the Philippines and San Francisco, and 4.4 off the coast of Michoacán in Mexico – and that’s all just in the last 3 hours.

The suggestion is that the earth’s crust is far more active than we may think as the oceans are under-served by seismographs meaning smaller quakes aren’t picked up by distant land sensors. The solution, NPL suggests, is using the submarine cables criss-crossing the seabed as a conduit to monitoring subsea seismic activity.

The premise is straightforward enough – shining a laser beam of light from one end of one of the strands of fibre through to the other end and back again, and monitoring whether the returned light remains on the same path. Even slightly out of alignment will indicate ‘noise’ or a disruption – possibly a seismic shift. The science is more complicated – tiny measurements on a cable thousands of kilometres long with activity lasting only short periods of time. So short in fact, they are measured in femtoseconds – a new term for us that equates to a millionth of a billionth of a second!

The subsea cables are subject to much less noise than other fibre-optic cables – those on land are often part of the infrastructure laid beneath roads or other built up areas. By tagging onto the various submarine cables crossing the Eurasian and African tectonic plates, there’s more data to be analysed, giving us a fuller picture and better understanding of what’s happening below the surface of our infinitely amazing planet.