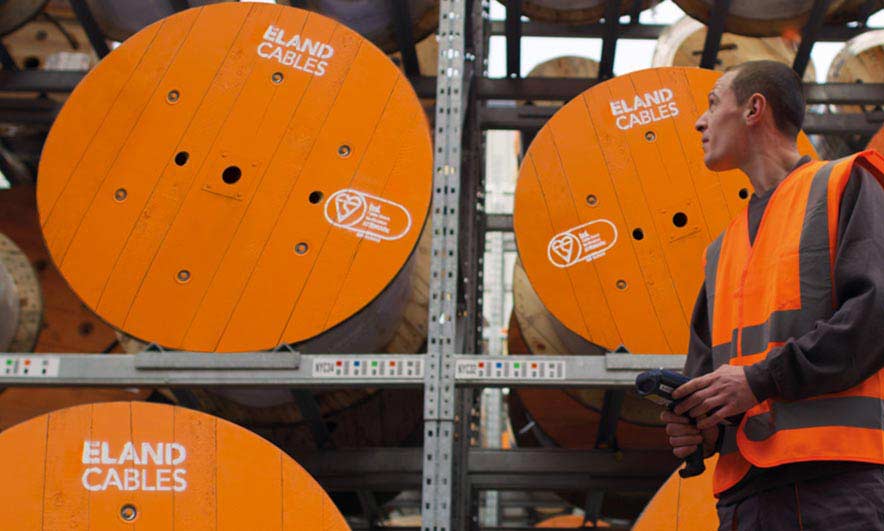 What does the BSI Kitemark mean to you? To most UK adults, they see the Kitemark as a benchmark  of quality and safety; and that as the holder of a BSI Kitemark it sets you apart as a reputable and reliable company. You see the BSI Kitemark on car windscreens, on moulded plug sockets, on smoke detectors – they’re in your home and around you in everyday life. Once you consciously look for one you see many.

So what about a BSI Kitemark for cables? Cables are ubiquitous – part of the unseen but essential infrastructure, all around you in both domestic, commercial and industrial settings. Yet despite it being recognised by the ‘average consumer’, the BSI Kitemark isn’t available on cables. It can apply to cable management systems, yes, but not to the cables themselves.

That is, until now. The BSI Kitemark for Cable Batch Verification is a new programme regulated and under the rigorous surveillance of the British Standards Institute, that sees cables extensively tested against British, European and international standards in a UKAS-accredited laboratory. It’s the new benchmark in cable compliance.

The value of third-party approvals

In most cases, cables are produced against an over-arching standard – BS5467, BS EN 50288-7 and so on. Many of these hold third-party approval marks from industry bodies such as BASEC, LPCB and HAR.  These valuable certified marks all provide important confirmation that the cables have been independently tested, and they’re all recognised and relied upon by people inside industry.

But these third-party approvals don’t cover all types of cables so how do you judge the quality of these other cables? Reputable suppliers with strict QA protocols provide comfort but for some a third-party assessment can be a deciding factor in specifying a product. Even more so, where some cables are only made ‘generally to’ or ‘in accordance with’ a standard, such as the commonly used SY, CY and YY cables, the difficulty in verifying the quality and compliance can leave customers confused as to what is best for their project.

Yet aside from an overall cable standard, the individual components - the conductor, the insulation and other constructional layers - are bound by their own British and European standards. For example, conductor resistance needs to meet the requirements of BS EN 60228.

Being able show that a specific construction of cable is compliant with relevant standards and so can be deemed fit-for-purpose is hugely important, both in terms of assured performance for long-term use, but also from a due diligence perspective and in justifying the specification and selection of that product. Of course, those cables still have to be used in appropriate installations and applications, and in accordance with legislation and regulations, but when you know the cable will do what you expect it to, it means you make other related decisions from a basis of strength and knowledge.

BSI Kitemark testing gives demonstrable evidence that cables meet these underlying standards, as well as the overall cable standard where applicable. For the Kitemark to be applied, each component layer is tested to relevant standards, and it happens on a very granular level. That precise batch of cables (in that core configuration and cross-sectional area size) have been examined and tested.

As you can imagine, this isn’t a small endeavour to take on and consistently deliver. Achieving the Kitemark requires significant capital investment to establish a UKAS laboratory, as well as investing in the right experts to undertake the testing. UKAS, the United Kingdom Accreditation Service, is the highest certification for a testing facility, assessing the impartiality and validity of its test methodologies. They have strict criteria to meet with equipment carefully calibrated, and so having an ISO17025 UKAS facility is a feat in itself.

The BSI Cable Batch Verification Kitemark has been achieved by one company, Eland Cables. The Cable Lab is their ISO 17025 test facility, and they’ve worked with BSI to develop the scheme over the last two years. It’s dovetailed nicely as the wider cable market has become more and more focused on compliance.

Eland Cables are launching their own range of industrial automation cables, called Veriflex®, including SY, CY, YY, Servo, PUR and fieldbus cables. As BSI Kitemark testing is designed for, it allows the company to verify the quality, safety and performance of these cables against British and European standards. For Eland Cables it’s about providing consistency and continuity to a range of cables that traditionally has suffered for a lack of overarching national standards, and putting compliance at the top of the agenda in every conversation.

Paul Turner, Certification Technical Expert at BSI said: “As the first company to achieve the BSI Cable Batch Verification Kitemark, Eland Cables sets a new benchmark in cable compliance. The rigorous and extensive testing programme they undertake in their UKAS laboratory, under our ongoing surveillance, tests the cables to British and international standards for key safety criteria. The BSI Kitemark is one of the most recognised symbols of quality and safety and by certifying their cables against the scheme, Eland Cables can demonstrate that its cables meet the highest standards.”