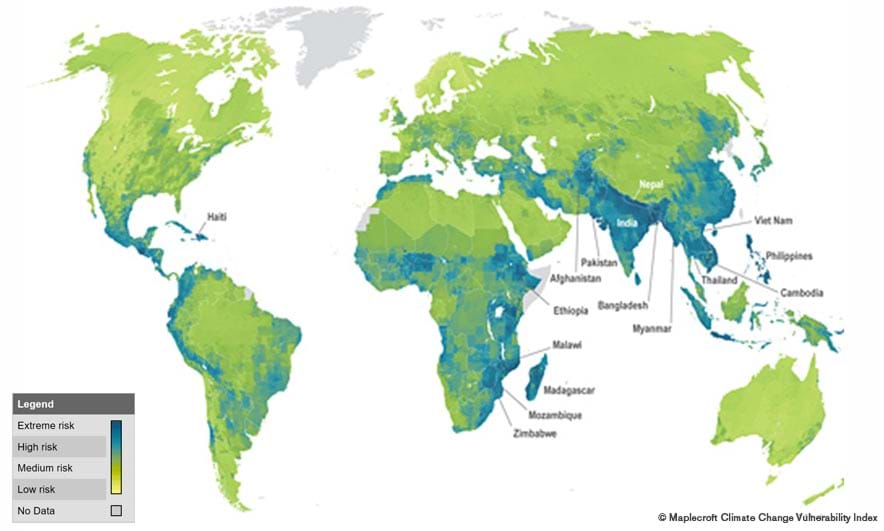 Water resistant versus waterproof: it's a nuance normally considered when talking about clothing or even your mobile phone and camera kit, but as a result of climate change and rising sea levels it's also now a consideration for telecommunication network operators according to an article in Newsweek. The article cites a University of Wisconsin study that says millions of metres of cable will be submerged within the next 15 years - a factor not considered when they were installed over 20 years ago.

It may not seem like much of a difference, but the materials used to manufacture a fully waterproof cable - one that can sit submerged, at depth, in salt water - are very different from those of a cable subject to even occasional submersion. Duct grade Polyethylene (PE) is often recommended for even a cable partially sat in water (for instance in ducts that don't fully drain)  - materials such as PVC (polyvinyl chloride) are permeable and so are unsuitable in water-logged ground. Yet throw in not just the fact that it's permanently in water but that the water is saline, and you need a wholly different type of cable protection.

The study talks of 4,000 miles of cable being at risk in the US alone through rising sea levels, affecting low-lying cities such as Miami, New York and Seattle. It's not just fibre optic cables, but power too - affecting everything from buildings to traffic signals - anything that's built on the coast. The knock-on effect when these connections can't communicate with the wider network and indeed other cities would create an even wider problem. The cable infrastructure is a fundamental part of people's lives - it can be a lifeline too and cutting off that route of communication such as when Hurricane Katrina hit New Orleans can mean people don't get the help they need.

Whilst cables have an anticipated lifespan of c.25 years, they are often functional for much longer. Aside from the cost of the work, it'd be an enormous logistical exercise to replace or re-route cables underground, creating disruption above ground too as the works take place. Multiple municipal departments and private companies would need to coordinate efforts - not normally a strong point! Of course, the study only looks at the USA, the impact of rising sea levels affects countries including the UK, Netherlands, Central Americas and much of the Indian and Asian subcontinent that is flood prone.

Sea levels change almost imperceptibly year-on-year but it's certainly something that needs considering whenever cables are replaced or new infrastructure is laid - from the looks of it, unless things change drastically, they won't have another full cable lifespan to live out before their water resistance is put to the test!