Cable Smoke Density Testing to BSEN 61034 (previously BS EN 50268) is commonly known as the 3 metre cube test. It is designed to determine the volume of smoke generated when cables are burned. 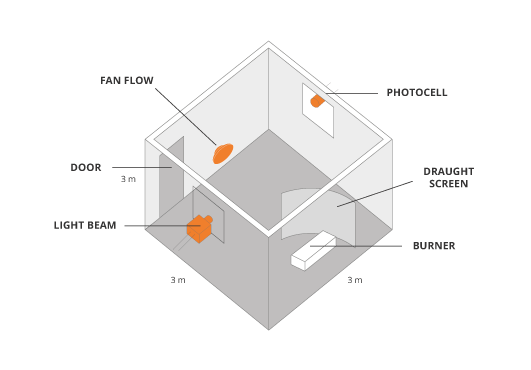 Over a period of 40 minutes the cables are burned whilst a beam of white light crosses the chamber. A fan is used to circulate the air, mimicking a fire scenario. The smoke density test monitors the transmittance of this light with a minimum 60% light visibility being required for LSZH cables.

This test can also be used to assess LSF Low Smoke Fume cables, although as these are often constructed with a PVC variant they can often produce similar volumes of smoke to standard PVC.

Tailoring cables to meet bespoke requirements of performance or environmental challenges when off-the-shelf options are unavailable.