What is the history of electrical cables?

The earliest use of recognisable electrical cable was probably the early commercialised Telegraph lines such as that strung between Washington, D.C, to Baltimore, Maryland in 1844

These early cables were made of iron and were difficult to produce. In order to improve the production by lubricating the iron surface of the wires, copper sulphate was used to apply a thin copper coating. The superior conductive property of the copper was soon realised and copper eventually replaced these early iron conductors. By 1913 the International Electrotechnical Commission established IACS (International Copper Standard) as a benchmark for the resistivity of copper as being equal to 100 percent conductivity. 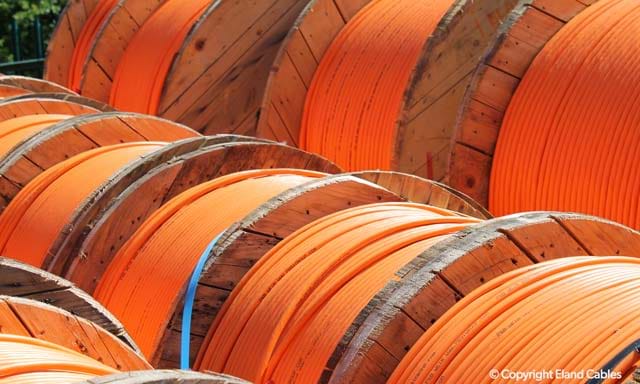 In the 1880’s the first insulated cables were insulated with gutta percha, a natural latex material produced from the sap of trees of the same name. This insulation needed to be kept constantly wet or it would dry out and fail to insulate the conductors. This material was largely replaced by rubber and vulcanised bitumen.

By the 1890’s mass impregnated paper insulation was being used on cables and voltages as high as 10kV.

In 1906 armoured cables were introduced which had flexible sheathing and two cloth covered, rubber insulated conductors.

In the 1930’s the first trials with PVC insulations were being made in Germany and by the end of the second world war there were significant varieties of synthetic rubbers and polyethylene.

By the 1950’s PVC was commercially viable and replaced rubber cables in many areas particularly in domestic wiring, aluminium was also starting to be used widely as an alternative conductor

In the 1980’s optical fibres were being introduced in overhead lines for data transmission and condition monitoring, and further use of XLPE in high voltage transmission lines between 66 and 240kV. Also high temperature super conductivity materials were discovered. PVC alternatives (LSZH cables) which were safer in fires were being developed in response to a number of tragic public fires which demonstrated the dangers of smoke and toxic gases from various materials including PVC’s.

By the 1990’s polymers were being extended to use in EHV, extra high voltage, applications and the use of optical fibres in overhead lines was becoming widespread.

What is the difference between AC and DC?

Electrical current flows from a point of positive charge to a point of negative charge whilst essentially the electrons flow in the opposite direction...

Definitions vary somewhat but a general guide to the voltage categories are as follows...

As current passes through a wire it encounters resistance to the current flow, this causes some of the electrical energy to be converted into heat energy which is dissipated to the surrounding area. Read more about the effect of this, AC power and High Voltage DC...

Read on
What is the history of electrical cables? The Cable Lab Quelle est l’histoire des câbles électriques ? The Cable Lab
Please wait…