What are annealed conductors?

When metal is cold worked or formed it becomes work hardened or strain hardened. Copper conductors go through a considerable amount of work hardening as the copper rod is drawn down through ever decreasing die sizes until the required conductor dimension is achieved. Copper in this state is known as hard drawn copper. 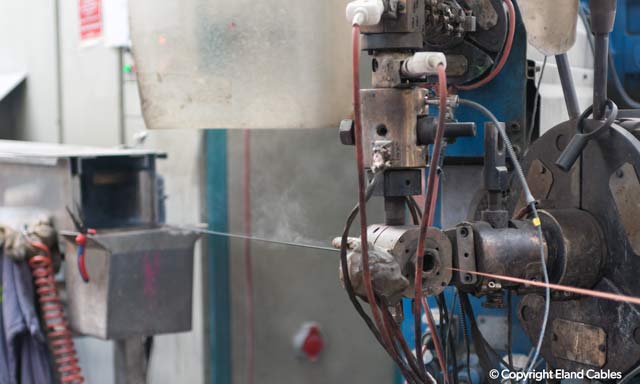 Hard drawn copper is difficult to work with and stranding and bunching of the finer wires in this state would be very difficult. By heat treating the copper at the correct temperatures the ductility can be restored to make the cable soft and flexible again. The heat treating process is known as annealing and the resulting metal is known as soft annealed copper. The degree of annealing is controlled by temperature and time, copper wire is used with different degrees of annealing depending on the application.

Copper and aluminium are used as the electrical conductors in electric cables due to their low resistance and excellent conductivity. These metals are both ductile and ...

The process begins with mining. You can find pure copper in the ground, but it is much more common to find it as an oxide and mixed with other elements.