Copper is one of the most widely-used metals for conductors, due to its good conductivity and high ductile strength, both of which make it suitable for making into wires. But how does Copper become the wires we use in so many different types of cables?

The process begins with mining. You can find pure copper in the ground, but it is much more common to find it as an oxide and mixed with other elements. Once the copper has been mined in oxide form, it has to be refined. The most common process involves the following steps:

An alternative process is called leaching, and involves treating copper ores with sulphuric acid, which dissolves the ore to form copper sulphate which is then electrolysed. This can be done instead of mining, and is much more environmentally friendly than mining.

Finally, copper can also be recycled – and it’s estimated that around half of Europe’s copper comes from recycled materials.

Once the copper has been purified, it’s usually in a rod shape. To turn this into a wire the rod is drawn, meaning that it’s passed through a die which forces the rod to become thinner and longer. This is done multiple times, with increasingly small dies, to get the copper down to the required diameter to be useful as wire. Once it’s been drawn, the copper is annealed. This process gives the copper its flexibility back, as the drawing process can make it brittle, making it more useful as wire. 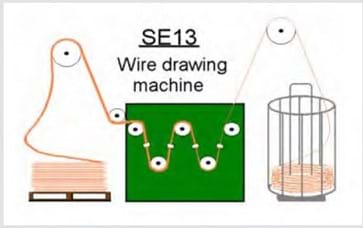 Those copper wires can then be gathered with a number of other wires as required by the cable construction. Under EN 60228 a single wire conductor is referred to as Class 1 solid, a rigid stranded conductor is Class 2, a flexible stranded conductor (small diameter wires) is Class 5, and the very finest stranding is Class 6 extra flexible. The greater the flexibility in the stranding, the easier it is to route a cable during installation or to allow for movement during operation. 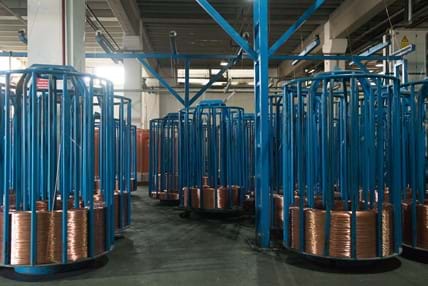 How are Aluminium conductors made?

Aluminium is an element, which means that it is not 'made' - albeit it doesn't exist as the shiny metal we all think of it as. It has to be processed from its rawest form.

Copper and aluminium are used as the electrical conductors in electric cables due to their low resistance and excellent conductivity. These metals are both ductile and ...