Angola looks to the skies to boost growth 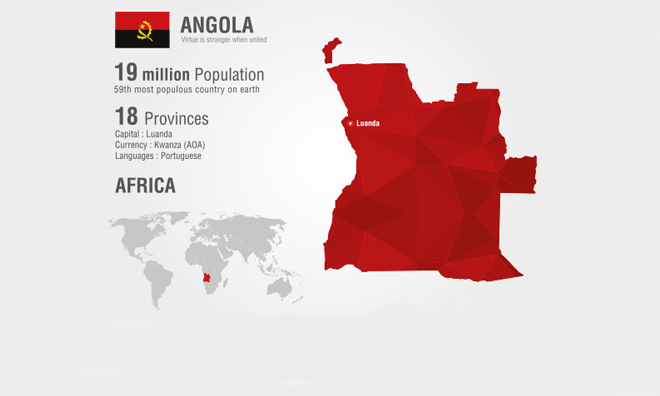 Following the end of nearly 30 years of civil war in 2002, Angola has grown at a staggering pace. Powered by a rising oil price, the economy rose steadily hitting a peak of 22.6% growth in 2007. Though the years since 2008 have been less remarkable, the country has still managed to maintain a respectable annual average growth rate of around 5%. Yet when oil prices initially dropped below $70 per barrel in 2014 and then continued to fall to a low of $41 per barrel in 2015, it forced policymakers to rethink the progress of a country where oil production constitutes 92% of the economy.

The Angolan government has responded to the challenge by investing heavily in the country’s infrastructure, looking to airports as a key part of the country’s strategy to encourage growth with the hope that improved air links will lead to greater international collaboration and new economic opportunities. Central to this strategy is the new Angola International Airport currently being built 40km south of the capital Luanda. With two runways, 31 boarding gates and the capacity to accommodate the Airbus A380, the airport will be a much-needed upgrade on the ageing Quatro de Fevereiro Airport that currently connects Luanda to the rest of the world. The new airport is being built by a Chinese consortium and while work on the first stage of construction finished in 2012, the airport is not expected to open until 2017. Officials hope that by accommodating 13 million passengers, the airport will rival Johannesburg as the primary international airport in sub-Saharan Africa.

Angola International Airport is not the only new airport being built in the country. In the Cuando-Cubango province in the south-east of the country the government has made plans to build five new airports, looking to take advantage of the proximity to Zambia, Botswana and Namibia in order to improve trading relationships and encourage tourists to visit one of Africa’s most celebrated elephant habitats. Furthermore, in addition to constructing new infrastructure, Angolan authorities have sought to improve the country’s existing air capacity. Two other airports, Catumbela Airport in the west and Namibe Airport in the south have received significant upgrades, including the installation of new X-Ray equipment and conveyer belts in the former, and the expansion of the runway to accommodate Boeing 737-700 aircraft as well as military aircraft in the latter. Both airports have also undergone significant refits to improve safety, turning to us to provide fibre optic, control, airfield lighting and fire-resistant power cables for the control towers and terminal buildings.

Whether these investments will help Angola to maintain its growth in the face of the continued slump in oil prices, only time will tell. But by upgrading airports and improving the country’s capacity to process air travellers and cargo, Angola will be providing a much-needed stimulus to its other industries, and in particular international tourism. By building large, modern airports and improving existing ones, Angola can begin to invite more foreigner visitors, showcasing its scenic coastlines, beautiful forests, and wealth of undisturbed animal habitat, and perhaps provide an alternative path to growth.